When I made the decision to go back to work part time and to specifically take Fridays off, I decided to dedicate every Friday as “Family Fun Fridays”. That meant no working the day away cleaning, sewing, doing errands or being consumed by social media. My focus and priority, as it always is and should be, (but let’s be honest, life is busy and full of many different aspects), would be spending the Friday with my family. My hubby won’t be available on most Fridays as he will be working but right now he’s off for the summer and so the three of us are getting some quality time in. When he returns to work this fall, the Fridays will become the focus of a mommy and daughter day. My hope and plan is to organize some sort of activity each Friday to do with her. Whether it be a meal out, wandering the mall, going to do an activity or joining a mommy group, I want to make sure we always do something extra special and fun together on the Friday. If you read my post A Mother’s Promise, I had made a promise to myself to set aside time each week for a one on one mother and daughter day and I want to try my best to honour that with Family Fun Fridays. I figured I would share some of our Friday events on here on the following Monday if anyone is wanting to see what we were up to. I know sometimes it can be hard to think of an idea or activity to do, so I hope to inspire others who might be struggling to come up with their own. If you guys have ideas or things you like to do with your kids, comment below and let me know as I know I will need help coming up with some ideas in the future!

This past Friday the three of us went out for breakfast and then to the Winnipeg Zoo to check out the polar bears (we have a great Journey to Churchill exhibit) and the rest of the animals. The weather was perfect, about twenty degrees celcius and mostly overcast so we didn’t roast which was great. The cooler weather also meant that the animals were visible as they weren’t hiding from the sun! We weren’t sure how much Emsley would get out of the zoo experience being that she is only twelve months old, but she absolutely loved it! She was constantly pointing and checking out the animals, the ones that moved around at least. The ones that were sleeping, like the sloth, didn’t exactly catch her attention. 😉  Her favourite areas were the Tropical house and the Journey to Churchill exhibits, probably because they had the most action. Our zoo currently has the Dinosaurs Alive exhibit on and that was definitely her least favourite. Although we were able to teach her how to roar, she didn’t like it so much when the dinosaurs roared back. Ironically the giant T-Rex at the end was her favourite, which didn’t really make any sense as it was the biggest one. You can see the fear in her eyes as she stared at the dinosaurs a few pictures down.

All in all we had a great day and I am so glad we decided to check out our zoo! 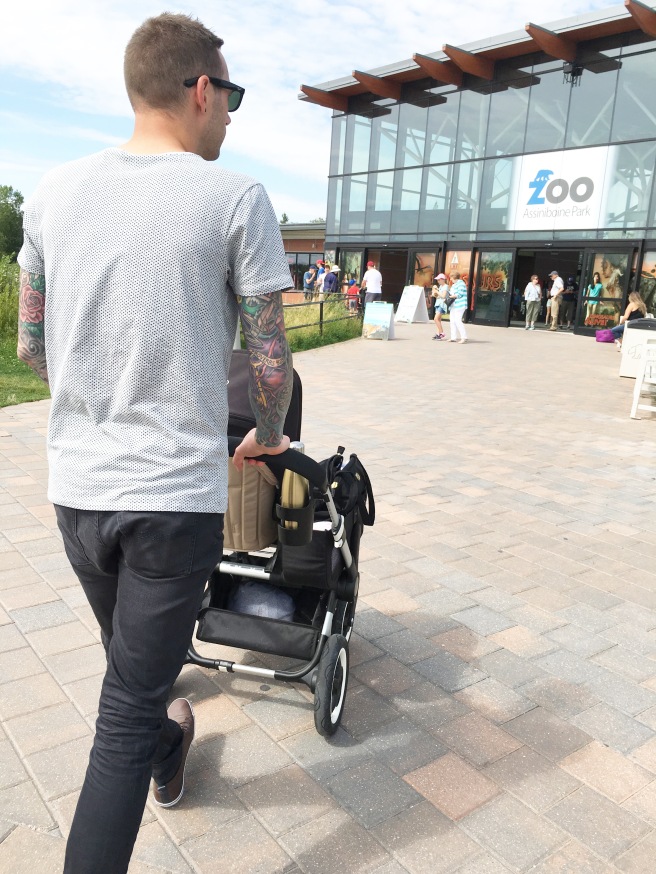 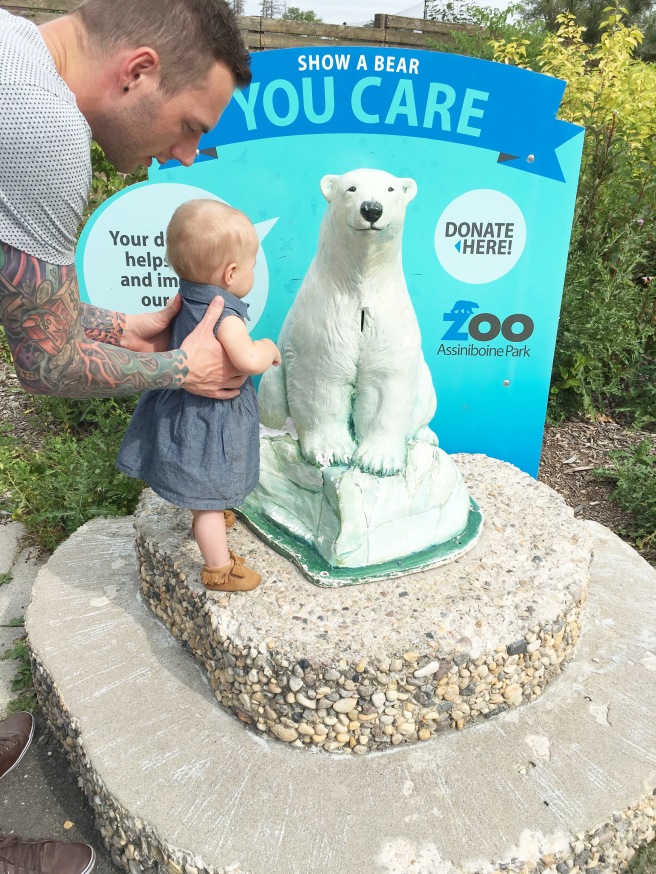 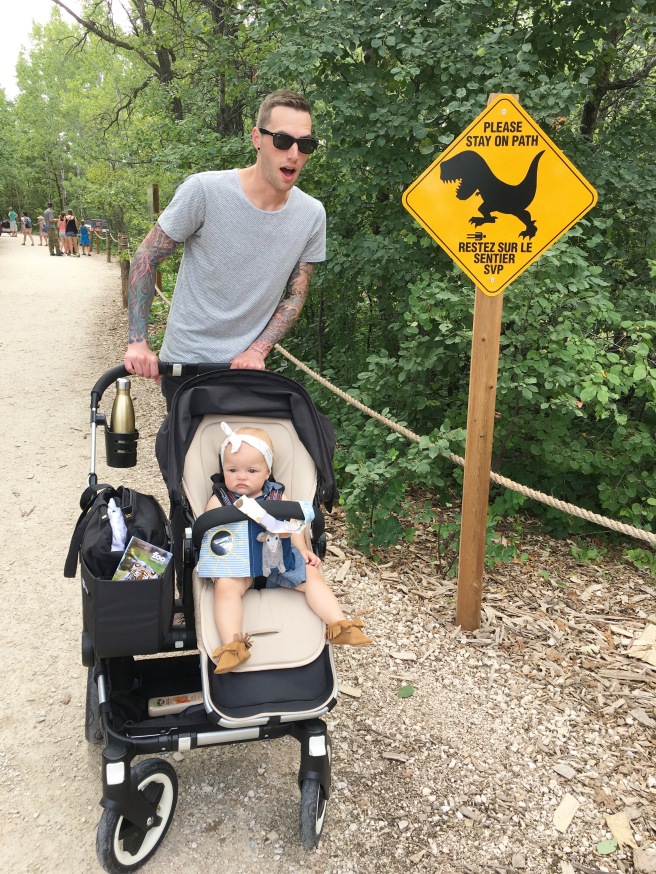 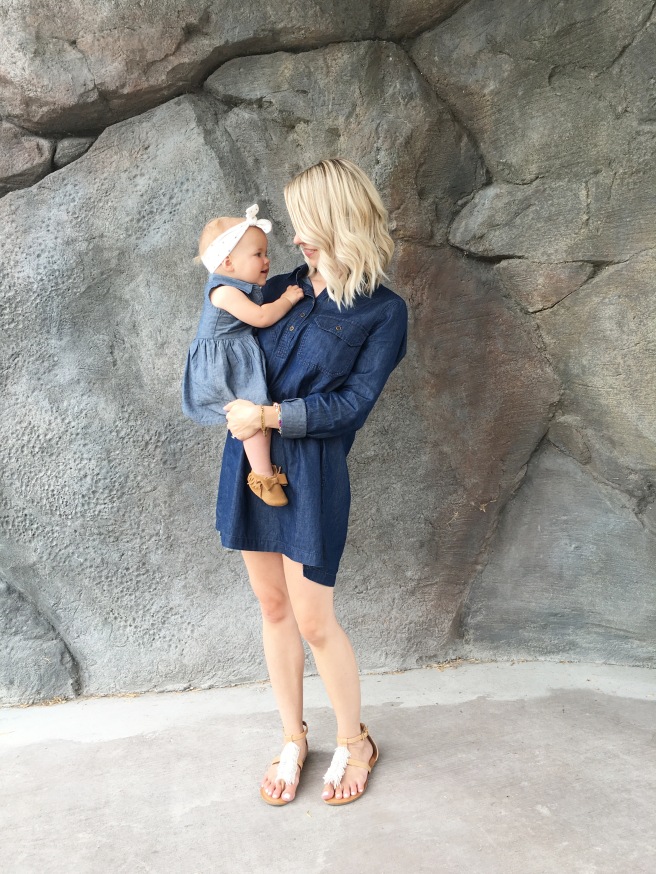 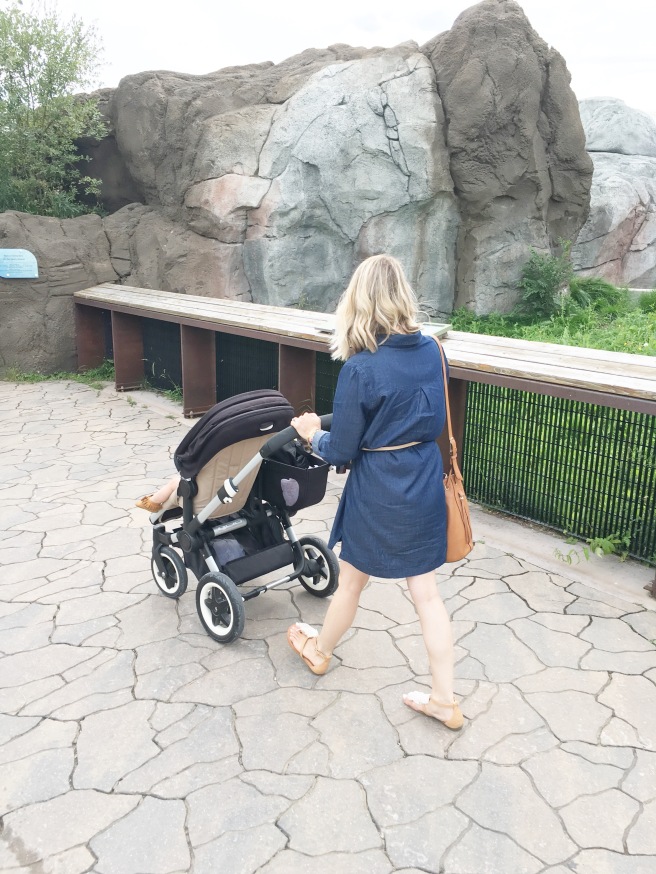 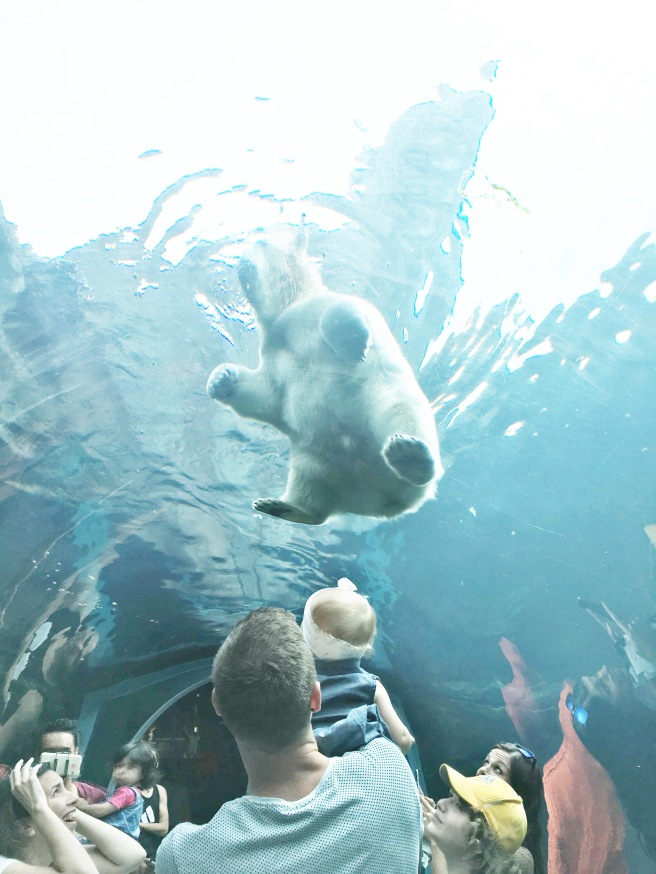 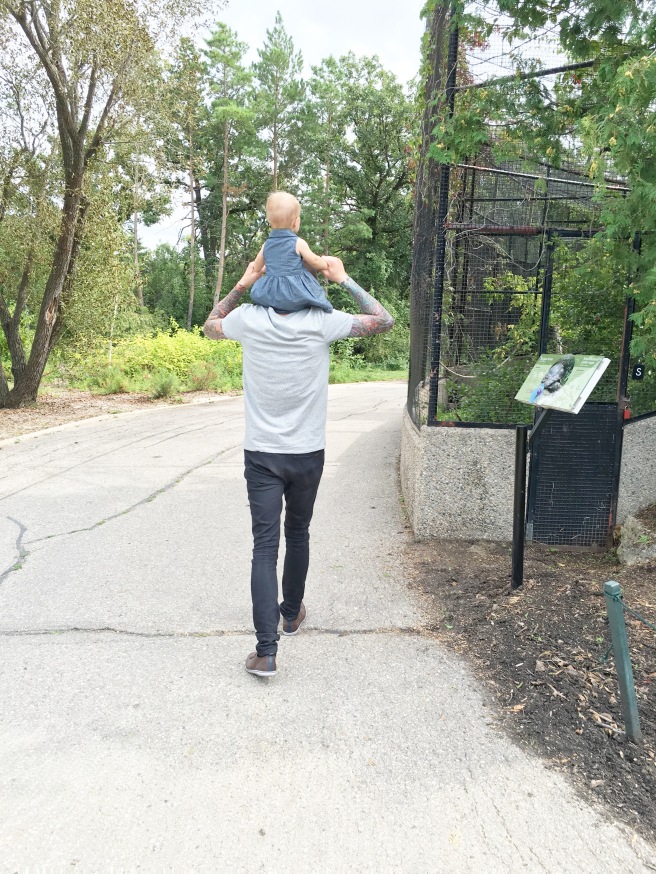 Missed having my wreaths on my counter stools, so I decided to hang some hearts on them for Valentine’s Day! If you saw my stories from this weekend, I grabbed these wooden hearts at the dollar store and then added my own little touch to them.. best part is, it only cost me $5! 😁🤍💕🤍
CLOSED***GIVEAWAY @monsterjam is coming to @bellmtsplace from January 25 - 26, 2020 and we can’t wait to take this vehicle loving + driving in mud, obsessed little guy to see all the big trucks! 🖤🤍🖤 🤍🖤🤍🖤🤍 I want you to be able to attend too, so I’m giving away 4 tickets to one lucky winner for the Saturday, January 25 show at 7:00 pm! To enter all you have to do is: 1. Follow me - @arlynnjayne 2. Tag as many friends as you’d like in the comments below, limiting one tag per comment please! (Each tag is considered a separate entry) Giveaway runs for 24 hrs from January 16, 2020 - January 17, 2020. Winner will be picked at random on January 17, 2020 at 10 pm CST. Winner will be announced on this post January 18, 2020. This giveaway is in no way sponsored or endorsed by Instagram.
Finished styling one side of my shelves the other night but the other side still has one empty spot. I was challenging myself to find things around the house to put on my front entrance table so I didn’t spend a fortune on all new stuff. Anyone else guilty of doing that? Sometimes the same old decor feels boring to me, but when I move it to a different spot, it feels new all over again! And I guess that worked for the table! But now I have the problem of having to fill an empty somewhere else.. 😂 so not sure how far I got with saving money? 🤔 oh, and I also added in a subtle touch of Valentines to the mantle 🤍
Christmas car pjs + too small summer dresses with a side of bed head + Valentines crafts. These are the days 😊❤️💕🤍
The prettiest macarons that I ever did see! 😍 Had so much fun this morning hanging out with a group of amazing women at the @madaboutstyle brunch! I am so grateful and honoured to be included in such a beautiful event. 🤍 A big thank you to the Mad ladies for hosting such a wonderful morning. I can’t wait to see all the great things unfold for them in the upcoming months! 😘 #brunchwithmad
I’ve got party planning on my mind as I eat my lunch! And I know I should probably be working at posting my son’s 2nd birthday party photos, but instead I’m getting lost looking at my girl’s 4th Mermaid birthday party. I really loved how it all turned out! And I can’t believe she’s going to be 4.5 this month. The months are flying by way too fast! 😭
I’m not one to post of my toilet very often, or ever 🤔, but I realized that I forgot to share this cute, little coastal looking basket I found to hold tp. 😍 Swapped out our white wire one for it because I loved the natural pop against the white shiplap. I also ordered a new soap dispenser this week for the sink. Now I’m trying to decide if I should put up some pictures on this wall? I get major anxiety at the thought of making extra holes in wallpaper, so I can’t seem to make a decision! Anyone other wallpaper lovers get like that? 🤣
All this girl has been playing this last week is “Valentine’s Party for mermaid’s 12th birthday” which means setting up her new tea set, doughnuts, cupcakes, ice cream sandwiches and macarons just so, on her cake stands. Her attention to detail and interest in decorating is quite adorable! I’m convinced she’s mine. 🥰 And she’s convinced that she needs to host a Valentine’s Party in real life too, so I guess I should start planning that?! 🤷🏼‍♀️❤️
The whole house has been wiped, dusted, vacuumed and de-Christmasfied! I always love how clean it feels after the holiday decor gets taken down, but I also feel that it looks so empty once it’s all been removed. 😕 On the plus side, I came home to a nicely made bed today (thanks hubby!). The coffee, computer and fresh flowers were missing, but I did get a little me time in at Starbucks this morning while my daughter was at school, so I’m a happy mama! I used my time to work on editing my son’s car birthday photos for the blog! Hopefully you’re still interested in seeing them! 🤣
That’s all she wrote.. 👋🏻 Christmas! Am I the last one on here to take down my Christmas decor? 🤔 I usually I do it on January 1, but we were in the states that day. Then I went back to work on Thursday, so here I am. 🤷🏼‍♀️ I’ve been over it for about a week already, so it’s really feeling like a chore right now! Hence my procrastination right now on Instagram.. 😆
%d bloggers like this: