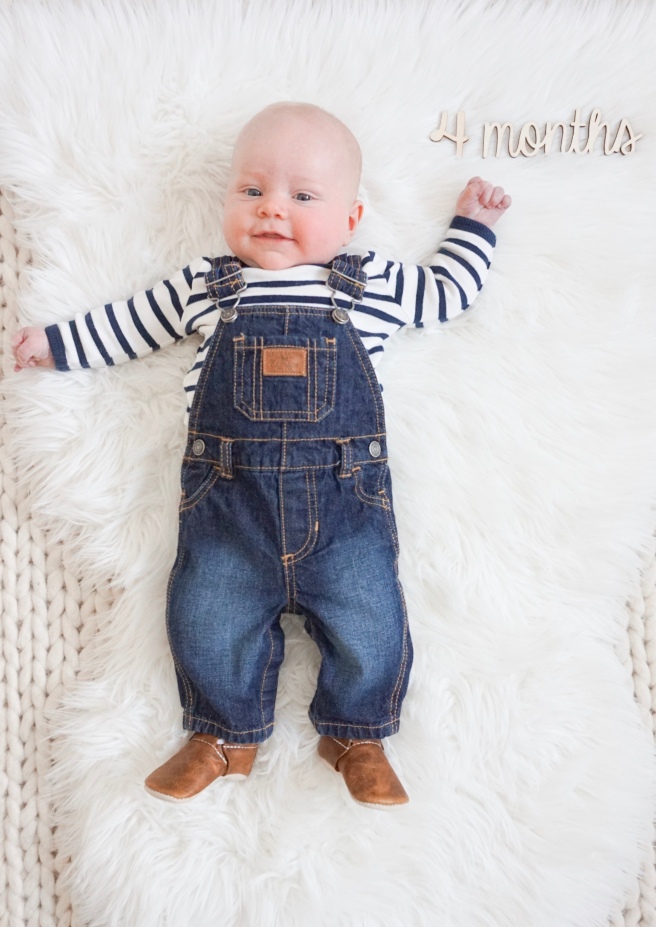 Four months old and I think Ever is experiencing his fifth cold. Sister has been super sick this week and the expression “siblings share everything” is oh so very true. Our little guy is coughing and stuffed up but true to his personality he’s still smiling throughout it! I seriously can’t get over how happy he is and how much he lights up around others. At this age, Miss Lace used to be happiest on her change table and would kick and squeal away while laying on it but this guy seems to enjoy catching people’s eyes the most! He’s always looking to engage others and will beam the cutest toothless grin when he finds you. He squeals and talks away when we hang out with him, particularly while laying under his play gym. The play gym seems to still be his favourite toy and he likes spending his mornings under it; usually about an hour and a half playing away. We brought out the Skip Hop Activity Table and he’s been enjoying that as well. We tried the Jumperoo but he’s a spitter upper and jumping really increased that so maybe we will stick with the table for now. Our next goal is to try the Jolly Jumper but I’m a bit nervous about the movement and the likelihood of him puking everywhere!

The largest change this month is his increased skills when playing and grabbing at toys. Everyday we see improvement in his ability to manipulate his toys. He can now easily grab them and put them in his mouth which has added to solo play time.

If you read his 3 month update you’ll know that he has already rolled from front to back. He’s been close to rolling from his back onto his stomach and will often be found hanging out on his side but hasn’t done a complete roll just yet.

No sign of teeth but teething definitely continues. He’s a drooler and has been using a particular Zoli teether a lot which he is easily able to hold it himself.

Sleep still remains wonderful. He used to consistently wake at 8 am but this past month he seemed to change it to 7-730 am and has been sleeping from 11 pm until then. I started to move up the bedtime to 10-10:30 pm and he continues to wake around 7 am. Some days he’ll fall back asleep but most days he’s ready to go. Sometimes he naps in the morning approximately two hours after waking for about an hour, but most days he just naps in the afternoon for a couple hours. During some evenings he sleeps around supper for an hour or so but other evenings he stays awake during supper hour and will fall asleep around 8 pm. Those nights I wake him to feed around 10:30 pm and he goes back to sleep until 7-8 am. He is definitely not as routined as Ems was at this age in terms of his sleep patterns during the daytime hours. This actually seems to benefit us though as some days we go out in the mornings and other days we don’t. Some people have asked me if I am less routined with things being that he’s our second child but I don’t think that’s the case. We let Miss Lace really dictate her sleep schedule early on and stuck with it and I’m the same with Ever! If he’s showing signs of tiredness, I let him sleep. We don’t go out tons in the mornings so when I’m home I stick to my “routines”. No matter when or how much he sleeps in the day, it hasn’t affected his bedtime at all so it doesn’t make a difference to me. The only thing I care about is lining up his afternoon naps with his sister’s so this momma can get a break! 😉 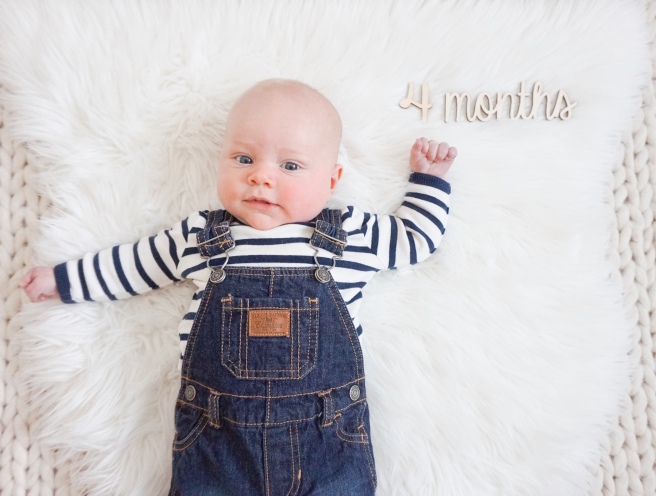 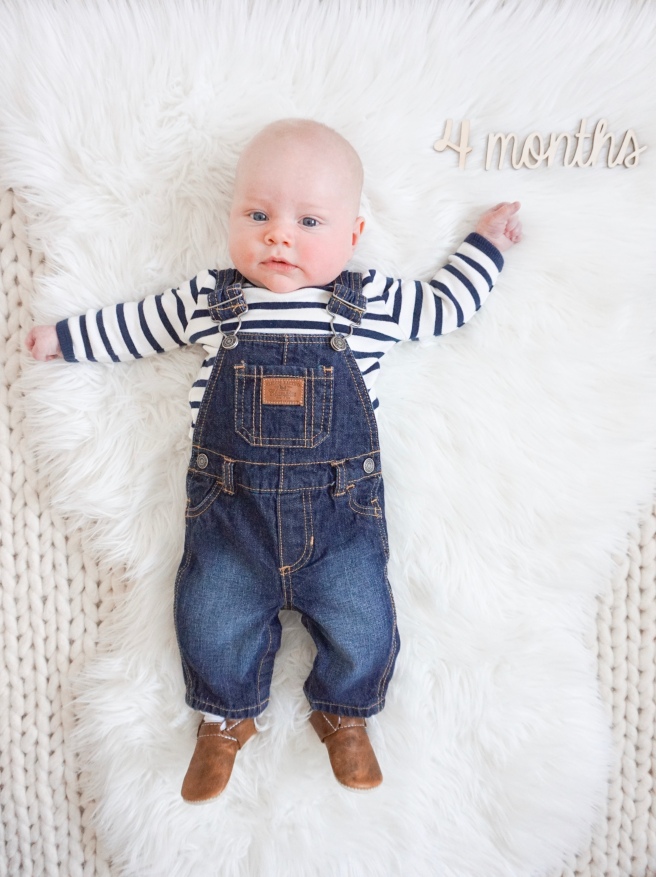 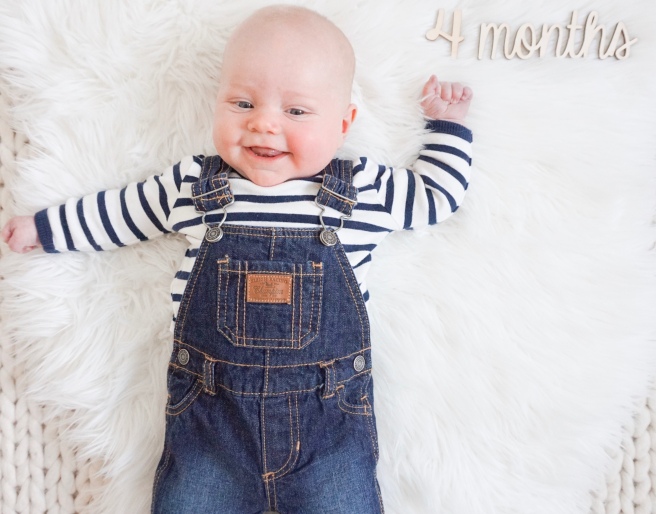